From a hawk to a dove: Another Cuba envoy sees the light 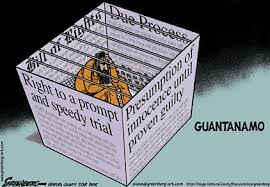 It is a curious fact that once they retire from active duty, US diplomats that have served in the US Interests Section in Havana, turn into advocates of an improvement in relations with Havana. Latest to add his voice to the chorus of former envoys is Michael Parmly who, Reuters reports, is now saying that the US should give Guantanamo Bay back to Cuba.


Obama, by negotiating a deal, could build a long-term relationship with its people, Reuters quotes Parmly as saying.
Parmly,(pictured right) was head of the U.S. interests section in Havana from 2005-2008 at a time when relaitons between the two countries were at their worst since the end of the Cold War.

But now he has changed his tune and has written a 26-page paper soon to appear in the Fletcher Forum of World Affairs, published by the Fletcher School in Massachusetts.
According to Parmly, the U.S. base is a "historic anomaly" even though the two countries have not had diplomatic relations since 1961.
"The current partisan tensions on the (Capitol) Hill ensure that it would be an uphill climb, but it is the thesis of this paper that a similar bold step, akin to the Panama Canal, is called for regarding Guantanamo," he said, citing that 1977 U.S. return of the waterway to Panama as a precedent.
"Both sides would have an interest."
Since 1903, the United States has had treaty rights to Guantanamo Bay, a 45 square-mile territory in southeastern Cuba, originally needed as a fuelling station for U.S. warships.

A prison at Guantanamo was set up by former U.S. President George W. Bush's administration for foreign suspected militants after the September 11, 2001 attacks.
Obama has pledged to close the prison which has held dozens of suspected militants, most without charge, for more than a decade. But he has faced congressional resistance.
Parmly, who now lives in Geneva, says the U.S. and Cuban governments could agree that 46 "problem cases" remain at a U.S.-run jail even after operational control of the base is transferred. The remaining 118 inmates could be sent to U.S. prisons and then face trial or be released.
An agreement could also be reached with Cuba allowing the U.S. Navy to use the base for its operations in the Caribbean, he said. The U.S. centre at Guantanamo for processing Cuban and Haitian migrants picked up at sea could be kept or transferred, said.
"Guantanamo Bay Naval Base is not U.S. territory. Cuba is the ultimate owner," Parmly says.
Posted by Steve at 11:27 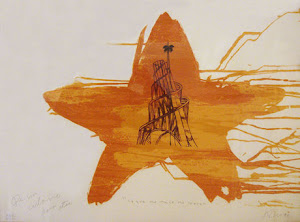